June is #NationalSafetyMonth, an opportunity to raise awareness about  significant dangers to technicians, operators, and other workers on the floor related the the use of crane hoists. To avoid accidents, it is imperative that everyone around knows that a crane and its load are nearby.

Audible and Visible Signals help to protect from these dangers, notifying those underneath or near a moving load so that they can take necessary precautions to avoid harm. Proper signals are thus critically important; inferior signals that are inaudible on the shop floor or not sufficiently visible can lead to dangerous and costly accidents.

In particular, combined visual and audible signaling devices  are recommended for overhead cranes for an immense added safety benefit to the user since shop conditions may prevent workers from either hearing or seeing a signal, but rarely prevent both. 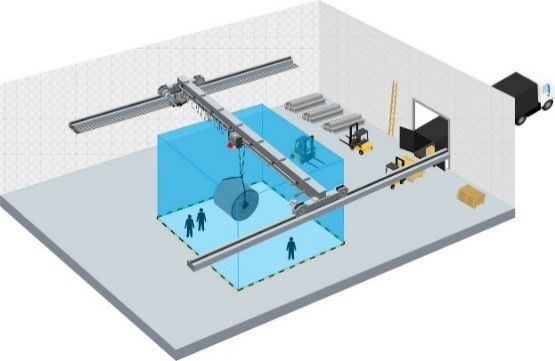 Advantages of audible and visual signaling in overhead crane use

Reduced risk of harm to personnel: Signaling devices reduce risk to personnel by warning them of impending danger so that there are no deaths, injuries, or even lost time. This reduced risk, however, depends on the efficacy of a signaling device in a given application, based on its decibel and joules level.

Increased throughput of the factory floor: Signals can reduce the likelihood of crane downtime. Cutting-edge combination signaling devices are capable not only of warning personnel of a moving load, but also of using separate tones or lights to warn the operator of conditions that can cause downtime.

This can include collision avoidance, over-speed alarms, hoist break failure alarms, overload alarms, and over-temp of VHD alarms. These, in turn, save on costs, as businesses that use cranes to facilitate production rely on them to make them for revenue. 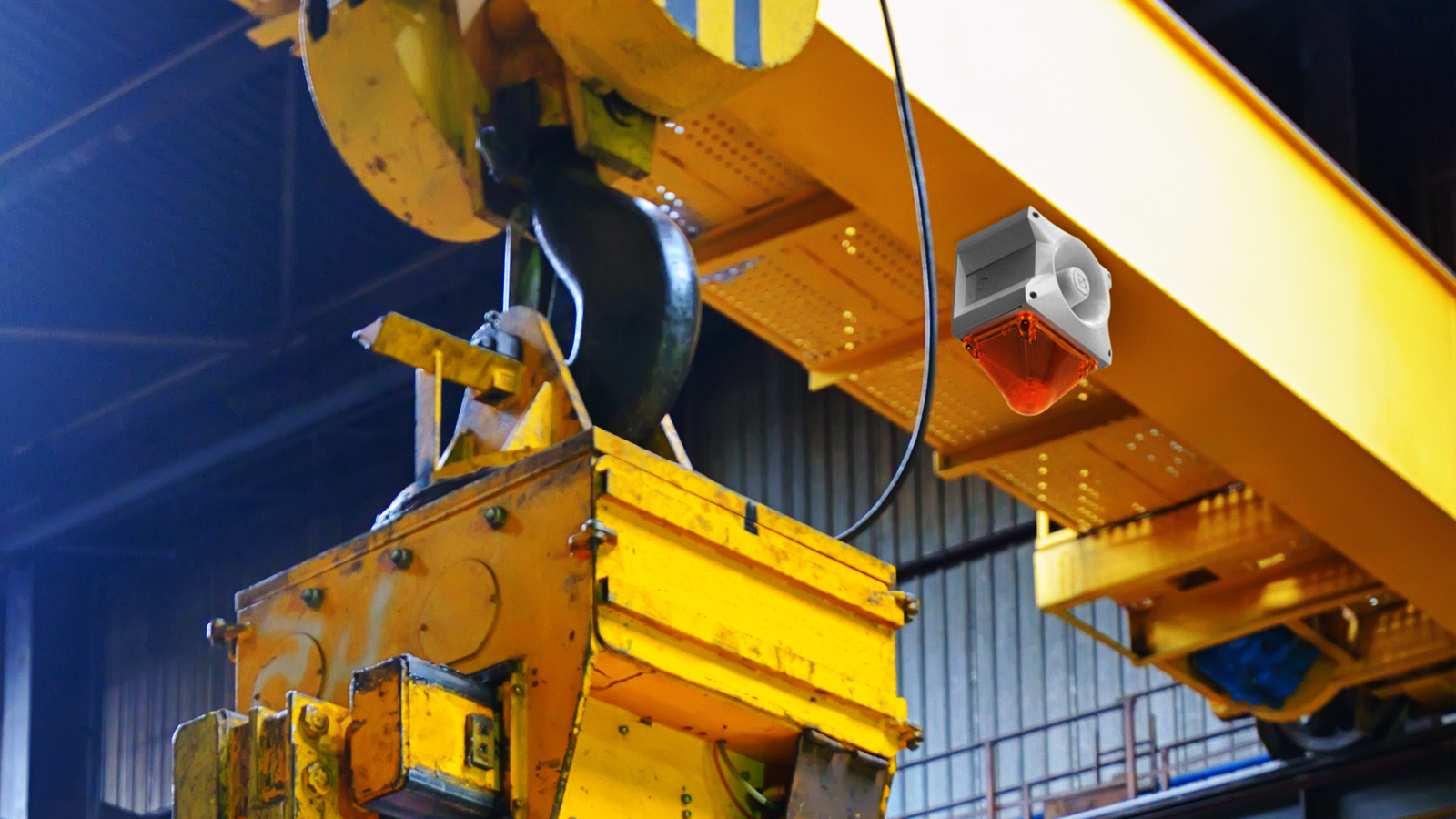 When choosing an audible signal for an overhead crane application, it is important to ensure that the signal is the correct decibel level for the given application – able to be heard over machinery, but not so loud as to pose a risk to workers. Determining the correct audible signal decibel level is based on the application and area that the device will be used. Signals should be set at no less than +5dB above the application’s maximum sound pressure level; however, the ideal set point is +10dB above this sound pressure level for added safety.

For example, a steel mill might have hundreds of overhead cranes used for production and throughput of raw steel. It does not make sense to use the same signal on a crane in the blast furnace as the one that is used in a coil stacking yard, as having an audible signal with the kind of low decibel level that would suffice in the coil stacking yard would add even more risk to the already dangerous blast furnace area. Companies specializing in audible and visual signaling technology like Pfannenberg maintain extensive data to helps determine appropriate volume levels for signaling sounders in a wide range of different applications.

Once the decibel level of a sounder is determined, where to install the sounder is of next concern. Most often, signaling devices are mounted on the moving trolley or the bridge of the crane. Additionally, it is important to mount the cone of the sounder in the direction of the load the crane is carrying so the sound travels to those in the risk path.

Next, of course, is determining the correct joules level for the combination signaling device’s visual signal. Sound decreases significantly over distance, and significantly louder-than-necessary audible signals can be startling or even dangerous to workers. Light, on the other hand, does not undergo the same kind of decrease in intensity over distance, and is not as obtrusive if overly intense in a given environment. Visible signaling devices are thus rated by distance, but adding power (and thus intensity and brightness) can only add to the signal’s safety factor and reduce personnel risk without causing inconvenience.

As with the audible signal, once the brightness level of a visible signal is determined, where to install the signal is the next important choice. Visible signaling devices are also usually mounted on the moving trolley or the bridge of the crane, and the pyramid shape of the strobe light should also be mounted in the direction of the load the crane is carrying to minimize risk. 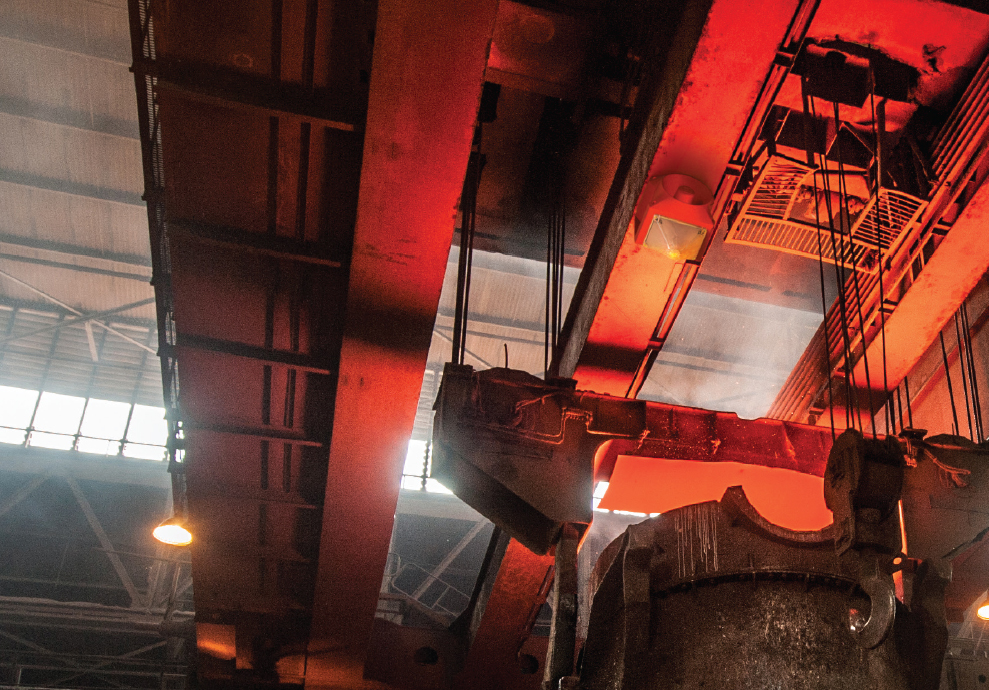 Applications with extreme environments demand specialized signaling technology. Some signaling products, like the PATROL and PYRA series signaling devices from Pfannenberg, are designed for extreme high and low temperatures; these feature electronic board, digital sound capsule, and polycarbonate housing designs that enable them to be rated for use in -40ºF to +131ºF environments.

Meanwhile, Pfannenberg’s DS series sounders feature aluminum die-cast housings for use in areas up to +160ºF. In loud environments, these same PATROL and DS series devices offer exceptionally high sound pressure outputs of and the capacity to be volume controlled up to -12dB to fit each exact application.

#NationalSafetyMonth: How Pfannenberg’s Signaling Technology Helps to...
Scroll to top